A Story of Friendship and Career: An Interview with Dr. Surita Sidhu 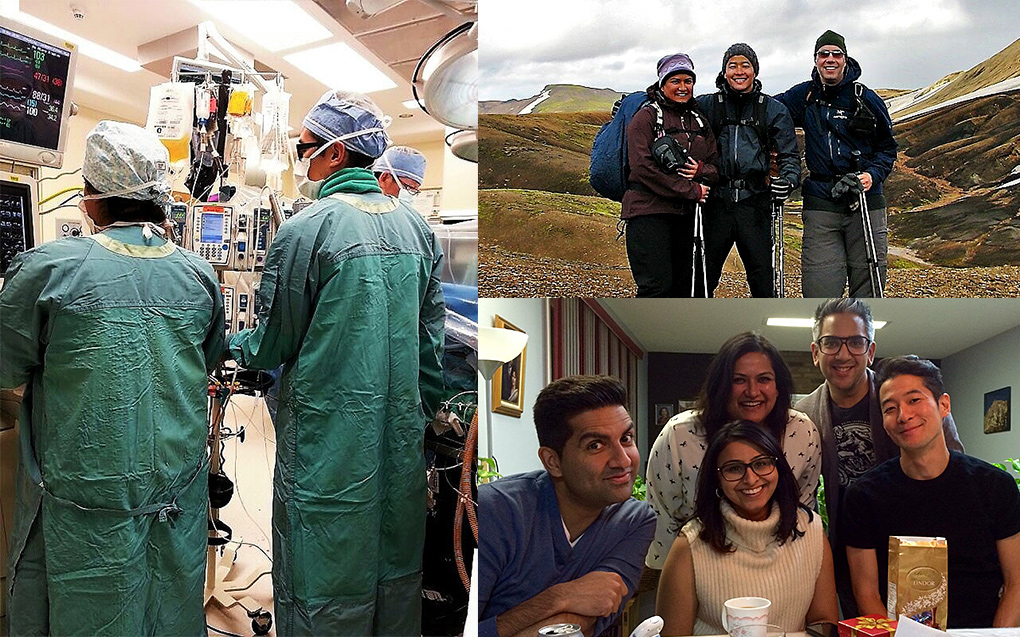 For frontline healthcare workers, it can be difficult to admit failure. But in order to create a more open and honest culture, admitting you’re not perfect is the necessary first step.

When cardiac anesthesiologist Surita Sidhu first met Mas, it was at a ‘Welcome New Residents!’ BBQ in the early 2000s. He was a resident and she was an attending staff (Mas assumed she was a medical student, a mistake she still laughs about) but the two made a connection, and worked closely throughout his residency. Over the years, Sidhu provided mentorship and, more importantly, friendship. When it came time for Mas to choose a place of work after his fellowship, he decided to join Sidhu at the The University of Alberta Hospital.

It was there that Sidhu truly realized Mas’s dedication to his work.

“There are those special people you meet along the way who you feel a real kinship with because for you both, the job really is a calling. You recognize kindred spirits when you’re working so closely together,” says Sidhu.

Whether it was his gentle nature, unflappable sense of humor or his willingness to come in and help out on days off, Mas stood out for more than just his natural ability. In a job that calls for a lot of busy days and late nights — Sidhu says being a cardiac anesthesiologist can be both mentally and physically exhausting — his desire to do the best job possible was laudable.

But looking back, Sidhu says that the same tireless work ethic and pursuit of perfection was a double-edged sword.

“Mas really struggled with admitting that he made a mistake or that things didn’t always turn out the way he would have liked.” She remembers telling Mas that he had to stop worrying about what others thought, and that in this job being able to look in the mirror and be comfortable with your decisions is what matters at the end of the day.

With Mas’s passing, Sidhu wishes she could have impressed upon him that it was OK not to get it right every time. Due to the nature of frontline healthcare — where you’re expected to excel in even the most pressure-cooker of situations — she says understands why Mas didn’t ask for help.

“If you’re in a profession where the default is being able to handle anything, it would be difficult to tell anyone that you’re not. We have to normalize the fact that we do the best that we can every day and that some days are better than others. It’s OK to admit you need help. It doesn’t make you less of a person or that you don’t excel at what you’re doing. But it’s critical for how we can grow as people.”